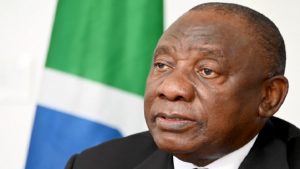 President Cyril Ramaphosa has announced the amendment of schedule two of the Electricity Regulation Act to increase the National Energy Regulator of South Africa (Nersa) licensing threshold for embedded generation projects to 100 megawatts.

He says the amended regulation will exempt generation projects up to 100 megawatts in size from the Nersa licensing requirements whether or not they are connected to the grid.

Ramaphosa says generation projects will still need to obtain grid connection permits. “In the mining sector level, there are already companies that want to generate more energy and their ability to do so is in part what has motivated us to go beyond the 50 megawatts because we did not want to do things on a peace mill basis. Approaches have been made and some have come forward with slightly more than 50 saying this is the need we have and being able to put it at a 100mw means that we’re giving the capability to those who can.”

President Ramaphosa is taking part in a virtual question and answer session in the National Council of Provinces:

“Cabinet is beginning to make the right decision but the sad thing is that we knew this a while ago, why do we have to wait until the economy suffers, jobs are lost, lives are lost before we make the right decision. We try everything else before we do the right thing. The very fact that the government at the policy level has shown commitment to push the process from 10 to 100, enables municipalities to start making their own plans. We need to create as many sources of energy as we can as quickly as we can and free the economy as it’s a hostage to lack of energy.”

President Ramaphosa says his government is taking steps to ensure the end of load shedding in South Africa.

The country has experienced 15 days of load shedding since April with almost half of all these power cuts recorded in the first week of June.