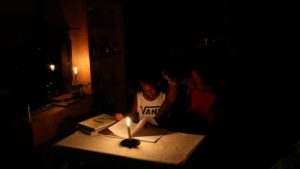 This comes amid stage 3 load shedding across the country on Thursday.

In a statement, the DA has raised questions over whether the grid is on the verge of imminent collapse.

DA Shadow Minister of Public Enterprises, Ghaleb Cachalia, says the power cuts contribute towards a negative impact on the economy.

“For the past six years at the very least and before, President Ramaphosa and his predecessors had been tinkering at the edges with Eskom. We are now faced with rolling blackouts which will become even more arduous and difficult for people in SA. It is time for this madness to be rooted out,” he adds.

Meanwhile, the Johannesburg Emergency Management Service (EMS) has urged people to be cautious when using fires, candles and paraffin stoves.

EMS spokesperson Robert Mulaudzi says they have seen an increase in emergencies amid the power cuts.

“We are having increases in terms of emergencies that we have had to respond to, especially in our suburban areas, because most of the residents there use electricity and are not used to using things like candles and paraffin stoves and now we have this frequent load shedding,” he says.