Domestic violence and GBV have spilled over to schools 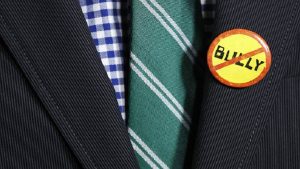 South Africa is a violent country and there is no day that passes without reminding us of this sad reality, writes Ohara Ngoma-Diseko, Commissioner at the Commission for Gender Equality.

Conditions have worsened further since the outbreak of COVID-19, as data and study reports indicate that violence against women and girls has increased sharply.

Recent crime statistics from the police gave a clear picture of the impact of violence on people, particularly women and children. What is of notable concern is that this prevailing violence has found its way to schools in our communities.

Last month, the MEC of Education in Gauteng, Panyaza Lesufi, was forced to mediate between parents and school management after a video surfaced on social media, showing a group of angry parents violently removing the principal from her office.

The parents’ grievances were of administrative nature and could have been solved through a lawful procedure, but it had to resort to violence of all possible interventions. This incident followed a few weeks after another video showed a Limpopo teenager – who later committed suicide – being violently assaulted by another learner at school. In the video, a crowd of learners was seen and heard laughing and cheering on as the violent bullying took place on school premises. Acts of bullying and violence amongst learners do not happen in isolation from violent abuse that women are subjected to in their homes, workplaces and public spaces.

Schools are supposed to be safe places that socialise children with good values embedded in our Constitution. Although the Department of Basic Education has put in place policies and measures to ensure the safety of all learners and educators in schools, with a clear code of conduct against drug use, bullying and sexual harassment, schools are still dangerous places to be for both educators and learners.

Schools have become battlegrounds on which the effects of domestic violence at home, are spilling over. In 2019 a teacher in North West was stabbed and killed on school premises by a teenage pupil in a fit of rage. The level and brutality of violence that takes place in households and communities, is now being reflected in classrooms and school grounds. This pattern is showing us one thing: that the gender-based violence, domestic violence and sexual assaults taking place in households, have poured over to all facets of our community, including schools.

As we observe Child Protection Week, we do so with full knowledge that children’s right to safety is violated daily in South African schools. Not only is the country failing to protect women, it’s failing to protect children too. In May, the Limpopo office of the Commission for Gender Equality, together with the South African Human Rights Commission, listened with shock and heartbreak as little primary school learners gave spine-chilling accounts of how male teachers continuously subject them to sexual assault by putting fingers in their private parts in the classrooms.

This emerged as SAHRC conducted hearings into bullying, corporal punishment and sexual relations between educators and learners in Vhembe district, Limpopo. Children experience violence meted out to their mothers at home, experience violence on school premises and have become victims of sexual predators at school.

It is time that we rise as a society, to protect the child in the home, community and schools to promote safety and intolerance of all forms of violence in all the environments.  Let us protect the child and ensure that they are nurtured and achieve their full potential.