Government in conflict over existence of decuplets 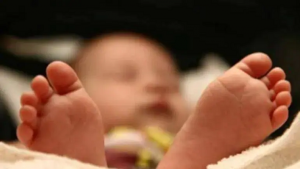 Gauteng government spokesperson Thabo Masebe says they are aware of Ekurhuleni Mayor Mzwandile Masina’s announcement that the Metro has traced the family claiming the birth of ten babies. This follows reports claiming that Gosiame Sithole broke the Guinness World Record at a Pretoria hospital on Monday night when she gave birth to the decuplets.

However, Masebe says they’ve conducted a thorough search of public and private healthcare facilities and no records were captured proving the veracity of the reports of ten babies being born to a mother.

Audio: Thabo Masebe says there is no record of the birth of decuplets at any Gauteng hospital:

Masebe says Masina has not seen the babies.

“The Mayor is not saying anything, he says officials in the city have made contact with the woman who claims to be the mother of the babies, but he has not seen the babies. If the babies were born on Monday at 29 weeks, they should be premature and should be hospitalised. But, now none of the hospitals have those babies; we know nothing and none of the hospitals have any records. You are free to check for yourself, maybe there was such a delivery; but not in any Gauteng hospitals.”

Nazooo from the horses mouth. Not my hand writing South Africa pic.twitter.com/bmLWUXhYJk

Social Development Minister Lindiwe Zulu says she has been provided evidence that a set of decuplets were born earlier this week in Gauteng.

Zulu has told SABC News that she has received a report from the social worker assigned to assist the family.

“As far as I know and as far as I spoke to the MEC for Social Development in the province, as far as I got a preliminary report to the social worker, as far as the information that was given to me about the status of the mother with regards to social development; those facts have been given to me as facts.”

“If there is still a query about it, then we need to dig into it. I wouldn’t want to make a statement without the facts. I did receive a preliminary report from the social worker to indicate that this is a true story.”