Mkhize to appear before Parliament&#8217;s Health Committee on Friday 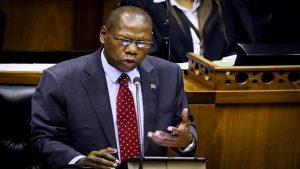 Health Minister Dr Zweli Mkhize will be appearing before Parliament’s Health Committee on Friday morning to respond to allegations of his involvement in the irregular Digital Vibes contract.

Frolick says he has approved a committee request for Mkhize to appear before the Health Committee early on Friday morning.

Pressure has been mounting that President Cyril Ramaphosa should act against Mkhize following his latest admission that the awarding of a R150-million tender to communications company, Digital Vibes was irregular. The tender was for services related to the National Health Insurance scheme and government’s response to the COVID-19 pandemic.

Frolick says a virtual meeting with Mkhize and the Health Parliamentary Committee will take place at 8 o’clock on Friday morning.

This after revelations that Mkhize’s family may have benefited from proceeds of a R150 million tender that his department awarded to communications company Digital Vibes.

There has been mounting pressure from the DA and other parties for Mkhize to step down or be removed by Ramaphosa.

The President said the allegations are serious and need to be investigated thoroughly by law enforcement agencies and that due process will be followed once the investigations are finalised.

“There are serious allegations which need to be investigated by the SIU and any other appropriate authority and be finalised without delay.”