Police Ministry expected to fill 150 posts at its Forensic Laboratory 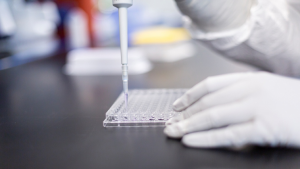 Police Minister Bheki Cele says 150 posts are expected to be filled in the police’s Forensic Chemistry Laboratory by the beginning of July. The unit specialises in the examination of physical exhibits from a crime scene.

Cele was delivering his budget vote to the National Council of Provinces.  It was earlier delivered and approved in the National Assembly.

Cele has acknowledged that the Lab has been battling with capacity challenges for years.

“In addressing the issues of capacity, a total of 127 scientists have been promoted to critical posts within the FSL (Forensic Chemistry Laboratories) and an additional 150 posts of forensic analysis warrant officer level have been advertised externally and  the new incumbents will commence on the 1st of July.”

In April, SAPS said they have an additional budget to prioritise DNA processing. The service complained of DNA backlog.

”It’s over 100 000 cases with backlog. Then we received an additional R250 million which was allocated to our baseline budget to prioritise DNA processing, including the NPA priority cases. And we have also allocated dedicated overtime of R18.5 million which was allocated for the forensic laboratory for processing the DNA backlog as well as manual track and trace of exhibits,” National police spokesperson Brenda Muridili said.

Police Minister admits to DNA forensic backlog during a debate in parliament: