Rand edges down ahead of US jobs data 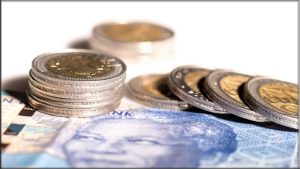 The rand inched down on Thursday, stepping back from a more than two-year peak hit in the previous session, as investors awaited key US economic data later this week.

“Growing bets that Fed monetary tapering may not be imminent drove a rotation out of the USD and into higher-Beta currencies such as the ZAR, with the high real yields SA offers still proving to be too enticing to ignore,” said economists at ETM Analytics.

US Federal Reserve officials have repeatedly said the bank would look to keep lending rates low for some time, insisting that current price pressures were temporary.

Low rates in the United States and other developed economies have benefited high-yielding currencies like the rand that offer higher returns.

The rand is the best performing currency in 2020 against the dollar, up close to 9%. The unit has torn through several technical hurdles, with 13.50 eyed as the next key point.

But with the closely watched US jobs data due on Friday, and South Africa releasing first-quarter economic growth data early next week, some traders opted to pocket gains.

“A marginal degree of cautiousness appears to be setting in,” said the ETM analysts.

“While there may be scope for ZAR appreciation beyond 13.50/$ should the Fed stick to its dovish resolve in the months ahead, a break of this level may not occur right away unless US employment data into the weekend come out significantly weaker than expected.”