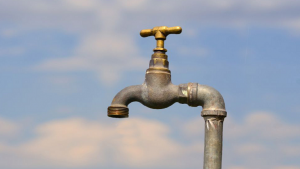 Umgeni Water has signed a Memorandum of Agreement with the Black Business Federation (BBF), formerly known as the Federation for Radical Economic Transformation.

The agreement will put an end to the disruption of Umgeni Water projects by BBF members, who in the past had demanded inclusion.

Construction previously came to a standstill for various reasons, including protests by groups demanding 35% of the contract.

The 5-year agreement is expected to have benefits for both business and the water entity.

Acting CEO of Umgeni Water, Nomalungelo Mkhize, says the disruption of projects used to cost them a fortune per day.

“If you interrupt a project let say for instance you got a R90 million project it could be as high as a hundred thousand in one day because you got to think of what they call standing time. It could be rentals of certain plants that are on site. It could be labour that you need to pay whether they are working or not.”

This comes after President Cyril Ramaphosa has condemned such protests several times in the past calling it robbery and thuggery.

Countrywide such protests have brought projects totaling billions of rands to a halt.

President Ramaphosa has on occasion said there should be consequences for such behaviour.

A case in point was the disruption of building the new R276-million Hammarsdale Interchange by the Delangkubona Business Forum in 2018.

Mkhize, however, defended the agreement with BBF. She says it is a proactive way of managing future differences with the business sector.

“We will make sure that the objectives of our entity and supply development policy are met through our interaction but one of the key elements is that you will not interrupt us. If you find that our programmes are not responding or aligned to what you want to achieve as business people, come to us and let’s have engagements in a professional manner. We believe there are businesses, it may seem like we are setting a precedence in that going forward, they will then go around and want these agreements to be signed. It is a proactive way of us managing the relationship that we have because they are a stakeholder, they are business people that want opportunities within Umgeni. This allows us to explain to them as to how they can then participate within the procurement of Umgeni without resorting to violence.”

In terms of the agreement, Umgeni Water will inform the BBF about tender opportunities and offer for example financial training for those who want to bid.

Meanwhile, the Black Business Federation says they have turned over a new leaf.

“It is an amalgamation of different business forums of which your notorious Delangokubona business forum falls under the founder of Delangokubona, Mpanguza Mnyandu is the vice president of a previously known Fret which is currently known as Black Business Federation. We have transformed Fret because we strongly believe that at least where we were as Fret, we were intervening in terms of stopping sites, we were making sure that all developments under us are monitored in a different way because people wanted to be business people five years back. After five years we sat down and said we must have a monitoring strategy whereby at least we know people who have started working in their local areas now they have experience, they are proper business people, they can bid,” says BBF’s president Malusi Zondi.

The KwaZulu-Natal Department of Economic Development says BBF is one of the organisations they are in discussion with to build broad-based social compact.

The department says it is available to engage with those who are genuinely looking for economic opportunities.

It, however, added that criminal activities to make such demands will be met by the full force of the law.