Wales have a reason to be optimistic: Group A Preview 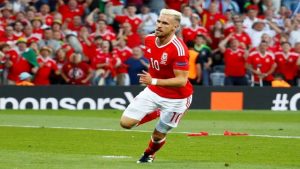 With a population of three million people and only one previous European Championship qualification to their name, Wales go into the 2020 finals with minimal hype.

Yet their last experience was so joyous – as they reached the semi-finals five years ago – that Welsh fans will hope for similar fire from the “Dragons”, especially with world-class talents such as Gareth Bale and Aaron Ramsey leading the charge.

Crowds feted the players and manager Chris Coleman in an open-top bus parade on their return to Cardiff in a nation more used to adulating its national rugby team.

Of course, few fairy-tales repeat themselves and the loss of manager Ryan Giggs, who will stand trial on January 24 next year accused of deliberately headbutting his ex-girlfriend and controlling behaviour, has been an enormous blow.

The 47-year-old has pleaded not guilty.

But Wales combine the underdog’s steel, experience from France five years ago and a sprinkling of stardom. So, they can rightly dream of repeating history when they face Switzerland on June 12 in their
Group A opener in Azerbaijan’s capital Baku.

Four days later, they play Turkey – the only lower-ranked team in their group – at Baku’s Olympic Stadium before a daunting June 20 game in Rome against Italy, who are still smarting about missing the last World Cup.

There could be some dedicated fans in Baku where authorities plan to allow 50% capacity in an easing of COVID-19 curbs, but some might be dissuaded by the expense and virus-compliance hassle of a potential 15-hour, three-flight, 3,000-mile trip.

Page, who has stepped up from assistant manager, has a much lower profile but does not lack pedigree. The former defender played in England’s Premier League and Championship and also represented Wales 41 times.

In a previous role as Wales under-21 manager, he helped nurture young players like winger Daniel James who, together with forward Bale and midfielder Ramsey, should spearhead the team’s attacking thrust.

For inspiration, the players need only play the highlights’ reel from Euro 2016 and enjoy moments such as Hal Robson-Kanu’s sensational swivel and goal against Belgium that got them into the semi-finals.