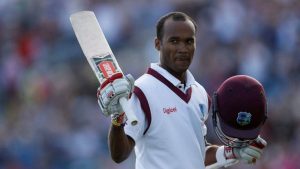 West Indies captain Kraigg Brathwaite won the toss and elected to bat in the first test of a two-match series against South Africa that starts at a windy Daren Sammy Cricket Ground in Saint Lucia on Thursday.

The home side have handed a debut to 19-year-old fast bowler Jayden Seales – who has only played one previous first class match in his young career. He fills in for the injured Shannon Gabriel.

West Indies have also recalled opening batsman Shai Hope and all-rounder Roston Chase, who will give them another spinning option along with the burly Rahkeem Cornwall.

South Africa have included batsmen Keegan Petersen and Kyle Verreynne for their debuts in what has been a brittle top six batting line-up of late.

They take the place of Faf du Plessis, who retired from test cricket earlier this year, and Temba Bavuma (hip injury). Petersen will bat at number three and Verreynne at five.

South Africa have a dominant record against their hosts, who have won only three of their previous 28 matches, though recent tests have been rare with this only the second series in a decade.